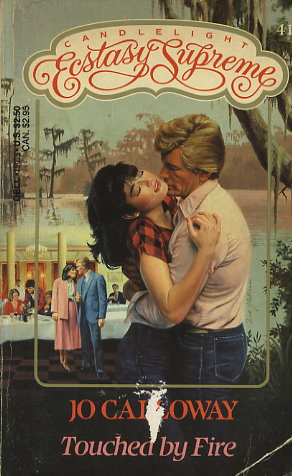 She was the widow Charboneau, young, shockingly beautiful, and off limits to outsiders--the rugged drillers in the southern Louisiana oil fields. Anne-Marie was rich, but lived like a pauper under the thumb of her powerful father. No man had ever challenged him--until Parker Rawlings returned from the Middle East to become the new field manager for Rawlings Oil.

Here was Anne-Marie's dream lover, her passport to the forbidden world. Once, she'd married at her father's command. Never again! Now she'd discover passionate abandon with Parker and have independence through her own wealth. But what would become of her if she found she'd seized freedom only to become a prisoner of love?
Reviews from Goodreads.com