Too Good to Be True — Marcus Galloway 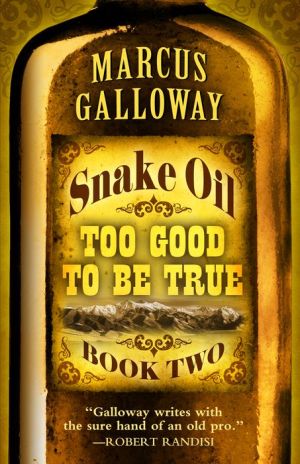 Share:
Professor Henry Whiteoak is a liar and a swindler recently chased out of Kansas after a daring bank robbery. Even when he heads into Montana where his reputation isn't quite so widespread, Whiteoak finds himself in the sights of bounty hunters looking to cash in a reward posted by some unhappy fellows who want him to answer for his crimes with his life. Corey Maynard is another thief who has worked with Whiteoak on several occasions and decides to back the professor in a series of business ventures in the Montana mountains. They embark on a string of adventures that take them from crooked card games to deadly shootouts with a reclusive chemist who's stumbled upon a formula that rivals those of the professor himself.