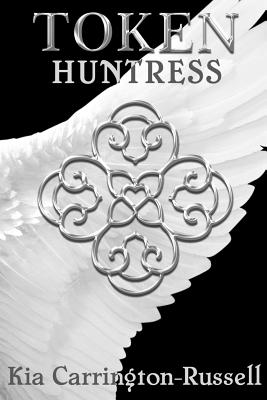 Share:
The sun’s light dimmed many centuries before; now in the year of 2,341 rampant vampires now stalk their victims in a half-lit world. Humanity has been overtaken by a new society: one comprised of vampires, the supernatural beings that hunt them, and the remaining humans they fight over. The laws and rules that once bound our world have long since been lost. Now, the Hunter Guild struggle to stay one step ahead of the Vampire Council.Esmore, Token Huntress, has exceeded all expectations at only 18 years of age. She is fearless leader to her team, and she is relentless in her pursuit of the enemy. There is only one problem: Esmore is struggling to repress the growing darkness that seduces her from within. Esmore takes another step into the darkness when she encounters a teasing, tantalizing -- utterly unignorable -- vampire.The lines between right and wrong are blurred further as Esmore gives into her temptation, and her reality becomes deliciously tainted both with evil and with lust.Awarded:1.Best Fantasy of 2014 by Paranormal Bookshelf 2.Best Book Bad Guy of 2014 by Paranormal Bookshelf3.Best cliffhanger of 2014 by The Paranormal Bookclub4.Best Romance Sports Author 2015 by Ropin Romance5.Best New Author of 2015 by AusRomToday6.Favourite Young Adult Author 3rd by SNSBAH7.My escort #24 and Token Huntress #26 announced in top 50 in 2015 books to read at ReadFree.ly8.Favourite Rookie Author 2015 by Love Kissed Books