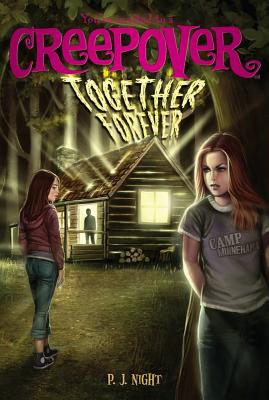 A summer camp dream romance turns into a nightmare in this frighteningly fun addition to Spotlight's popular horror series.

All the girls in Bunk 9 at Camp Minnehaha wake up one morning having had the same terrible nightmare about a sinister boy in an abandoned cabin in the woods. All the girls, that is, except goody-goody Samantha Harmon. The boy in Sam's dream was handsome, enchanting, and just so real. Even though Sam knows it's against the rules to venture into the woods without a counselor, she sets off in search of her dream boy -- and finds him! Dennis Shaw is just like the boy from Sam's dream, and he seems really into her. The only problem is that Sam's twin sister Ali is jealous of Sam's new boyfriend, and she'll stop at nothing to make him her own. But when Dennis gets a little intense and says he wants to be together forever with his dream girl, neither Sam nor Ali realizes just how long forever might be….

The tale of this nightmare summer romance is ranked a Level 3 on the Creep-o-Meter.
Reviews from Goodreads.com