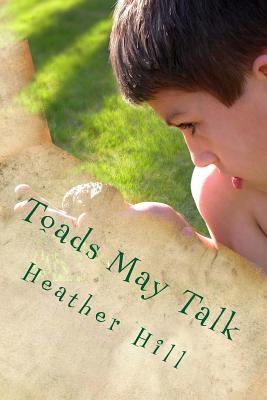 Share:
“A young boy learns that some friends are not friends.” 12 year old Luke and his Mum flee his evil stepfather and the city for life in a country village. All looks idyllic; a new, more peaceful way of life, a new school, new best friend. Everything appears perfect until one day Luke meets the mysterious Albie, in a graveyard of all places… Toads May Talk was written as a response to the many tragic incidences of abuse of children by people that they know. It is reported that most sexual abuse is perpetrated by someone within the child's social sphere - for example, a relative, a family friend, a teacher, youth worker, religious leader, neighbour. Despite the stereotypical image of the abuser propagated by the media, abusers usually do not look like monsters and it is relatively rare for them to be strangers. Toads May Talk seeks to help answer the question on every parent’s lips – “how do you teach your children to trust their instincts when they know something is not right?” It seeks to teach children about the ways in which some people, even those who are not strangers, can manipulate them. Written as a sensitive and enjoyable tale from a young boys point of view, the story is intended to educate and empower children from ages 9 years and up. The author recommends that you read the book with your child, so that they may ask questions that may arise as they follow the story. It is hoped the story will serve as a gentle, compelling, sometimes amusing and, most importantly, cautionary tale for children to raise awareness and assist parents to have a conversation with them on the difficult and dark subject of child abuse. Knowledge is power.