To Catch An Earl — Rosina Pyatt 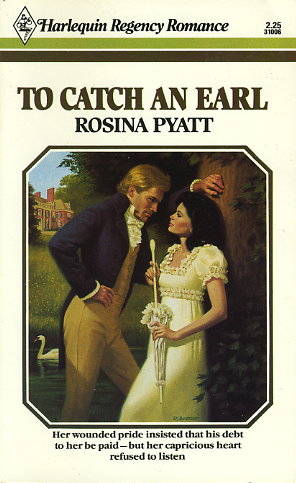 
"I wish to purchase the Earl of Deversham."

Nothing in her modish appearance suggested to the London lawyer that Dominga Romero-Browne had taken leave of her senses. Indeed, not only was she a vision of loveliness, she was also endowed with a vast fortune.

But those attributes had no effect at all on the heart of Hugo, Earl of Deversham. Forced to marry for money, the wretched aristocrat had given his hand to one woman while his heart still belonged to another.

Could the beautiful Dominga, once she became the Countess of Deversham, hope to win more than a title?