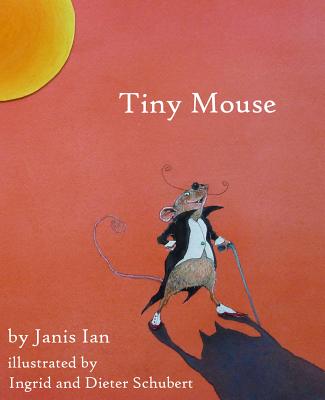 A songwriter since she wrote "Society's Child" at the age of 14 and a Grammy winner for "At Seventeen," Janis Ian's charming and witty song has now become a picture book illustrated by Ingrid and Dieter Schubert.

Janis wrote The Tiny Mouse for The Boat Project – a collaborative endeavor for which people donated wood, stories and songs that were made into a fantastical thirty-foot vessel that was part of the London's Olympics.

The Tiny Mouse follows the adventures of a bored mouse who decides to go to sea and narrowly escapes a grisly death. In his moment of truth, he understands that it's better to be a whole mouse at home than someone's dinner at sea. This book and CD set has not only Janis Ian singing "The Tiny Mouse" with a full band but also a version without vocals for singalong fun. A complete transcription for piano and guitar is also included.

Ingrid & Dieter Schubert, creators of The Umbrella and many other picture books, give the tiny mouse his dapper and affable appearance and bring his perilous adventures to life with plenty of sly humor.
Reviews from Goodreads.com 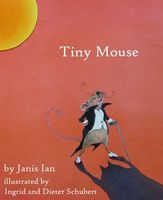