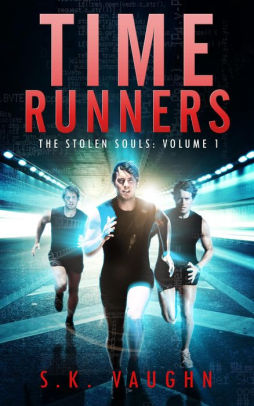 Winning at all costs could be the loss of humanity
The year is 2035. The world is struggling to overcome another economic downturn and widespread environmental deterioration. In this world of uncertainty and greed, sports have become the new religion, and the sports companies have become the leaders of the recovering international economy, doing whatever is necessary to grow their power and profitability.
For the past three years, Orion Sports has won the International Endurance Race—the crown jewel of world competitions—helping to make them the most powerful conglomerate on earth, sparking curiosity from their competitors.
Orion's head of security, William James, discovers that Orion is using diabolical technologies that are not only killing those involved but could alter the world in irreparable ways.  His natural instinct is to go into hiding, but a single email giving hope of a chance at a life, free of fear, changes his mind.
Orion Sports' competitors have learned of their tech, and there is no limit to what they will do to obtain it. James finds an unexpected ally in Karen Greer—a neurobiologist for Invictus Sports, Orion's main competitor—and they work together to prevent the technology from being used for nefarious purposes.
Can two people successfully fight the largest, most powerful organizations on earth?
Will they succeed in stopping the use of the technology before more lives are destroyed, and civilization is altered forever?
Reviews from Goodreads.com