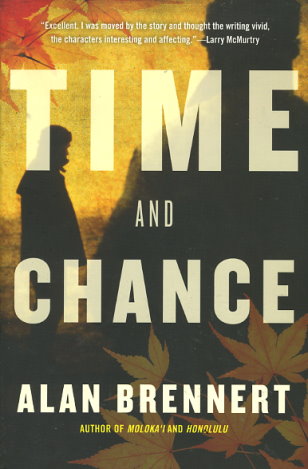 Before Alan Brennert became a bestselling author of historical novels, he wrote this lyrical fantasy in the vein of The Time Traveler's Wife.

Part love story, part deeply affecting character study, it is a literary tour de force chronicling the parallel lives of two men who were once the same man--until, as the poet Robert Frost wrote, “Two roads diverged in a yellow wood/And sorry I could not travel both/And be one traveler...”

Thirteen years ago, Richard Cochrane left his small New England town to pursue his dreams of an acting career. But on some other level of reality there is also a Rick Cochrane, who chose instead to set aside his dreams, marry the woman he loved, and raise a family. Today, neither man is happy with the choice he made--but as their lives, once separated by time and chance, now draw closer together, Richard and Rick are offered another a last chance to discover “the road not taken.”

Time and Chance displays the same vivid sense of time and place--and the vibrant, memorable characters drawn with compassion, warmth, and humor--that have made the author's historical novels national bestsellers and reading group favorites.
Reviews from Goodreads.com