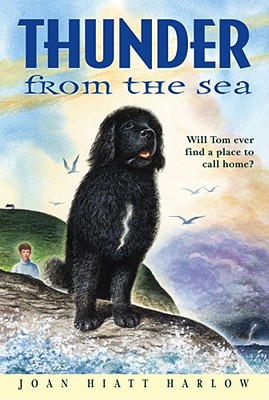 Share:
A boy builds a life-changing bond with his dog in this adventure story from the author of Star in the Storm.

It’s 1929, and thirteen-year-old Tom Campbell has always wanted a real family with a real house and a dog of his very own. Since he was three years old, the only home he has ever known has been the Mission orphanage.

When he is sent to live and work with fisherman Enoch and his wife, Tom finally sees his dream within reach. And when he rescues a Newfoundland dog in the middle of a terrifying squall, Tom feels as if both he and the dog, which he names Thunder, have found a place to call home at last.

But when Enoch’s wife becomes pregnant and it looks like Thunder’s owner might be found, Tom’s wonderful new world is turned upside down. Will the Murrays still want Tom? And will Tom be forced to give up his beloved Thunder?