Through the Flames — Tim LaHaye; Jerry B. Jenkins 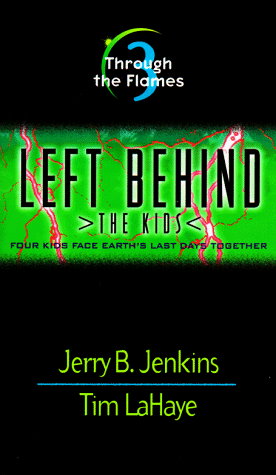 Share:
To prove his worth to the others, Ryan sneaks around associates of Lionel's Uncle Andre to find out what he can about Andre's fate. What he learns puts his friends in grave danger.

Judd and Lionel narrowly escape with their lives in a harrowing rescue attempt in an apartment fire set by a murderer. This one will keep you on the edge of your seat to the end.

In this new series based on the best-selling book Left Behind, Jerry B. Jenkins and Tim LaHaye present the Rapture and Tribulation through the eyes of four young friends-- Judd, Vicki, Lionel, and Ryan. As the world falls in around them, they band together to find faith and fight the evil forces that threaten their lives.