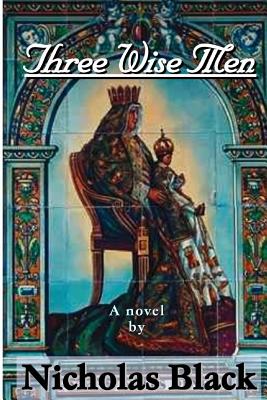 WARNING: This book is extremely Graphic and inspired by true events.
Peter, Brent, and Jay are like any honest, hardworking American serial killers until one day Brent starts having visions. Their clarity is so clear, their meaning so insightful, that there is no choice but to follow these jaded images . . . wherever that may take them.

Their path of enlightenment and violence takes them across the country as they search for meaning. And with each step they become more aware of what their true quest really is. They are destined to bring 'gifts' to the newborn King.

The world is about to change with the birth of a child unlike any other who has walked this earth in the last two-thousand years. But his time has come.

Thousands of miles away, unknown to the three unlikely wise men, a secret organization has been conducting experiments known only to a few as, "The Nazareth Project."

The paths that they cross, and the lives they touch, will be both dark and beautiful, forever changed by their actions.

In this epic journey, inspired by true events, the things we do, and the decisions we make, will be seen through the eyes of three men who lurk among us . . . watching, waiting, and desperately hungry.