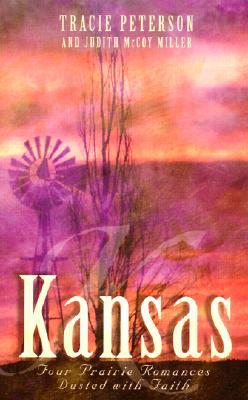 Share:
Surviving the harsh prairie elements - like surviving the storms of the heart - takes faith and determination, which four young women need to prove they possess. Can their hearts hold fast against the gales that buffet them? Will they find love waiting at the end of the storm? Death has often visited the people Amy Carmichael loves, and she has learned surviving a hostile land means never looking Beyond Today. But that could change when she meets the new circuit-riding preacher...if he can see past Amy's vivacious twin. Reared by an aunt and trapped in an arranged marriage, Jessica Albright has never known true love. Now alone in the world, she assumes her father's place as owner of The House on Windridge, determined to give her infant son a good life. But it won't be easy, as someone seems to be against her. Delphinia Hughes has been forced from her home and into the role of nanny for five orphaned children. Threads of Love bind her to precious memories. Could they also tie her to a new family? Tessie Wilshire has Woven Threads of faith and family into her secure life, but now, as a doctor, she is going where few women have dared to travel. When two men vie for her attention, how will she determine the path she should take? Love on the Kansas prairie is hard and unpredictable...but also as inevitable as an early summer cyclone. Watch in wonder as God turns the storms of life into seasons of growth and joy.