Those Who Hunt the Night — Barbara Hambly 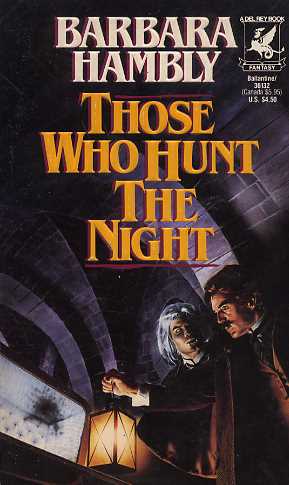 The vampires had been living in London since the time of Elizabeth I, but now they were being ruthlessly murdered by someone who ripped their coffins open for the light of day to burn them to ashes.

No vampire could endure the daylight to destroy the murderer. They had to turn to a mortal human for aid.

Thus it was that Professor James Asher, one-time spy, returned home to find his young wife in a strange coma and Simon Ysidro, oldest of the London vampires, waiting for him. Ysidro, although polite, left no doubt of his power to locate his spell on the young woman, wherever she might flee. Asher must agree to find the destroyer of the vampires for them.

But if he found the killer, what must happen then? What would inevitably be the fate of any mortal human who learned the identities and locations of the vampires? The answer was all too obvious.

Whether he succeeded or failed, it seemed that Professor James Asher was doomed!