This Child of Mine — Darlene Graham 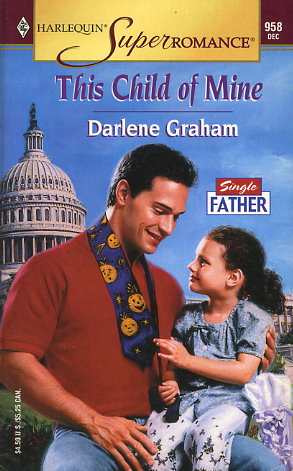 He's chosen to keep his child
She'd given her baby away

Kitt Stevens has never really believed the old adage -- opposites attract. But she has to admit she finds Mark Masters very attractive, even if he disagrees with her on almost every topic they discuss. He's irritating, arrogant, humorous, intelligent -- and makes Kitt feel alive for the first time in years.

Then Kitt learns that Mark is raising his young daughter on his own. What's more, he'd paid the child's mother to go through with the pregnancy. Suddenly the differences between Kitt and Mark threaten to pull them apart....