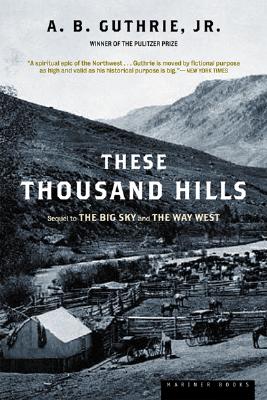 
These Thousand Hills continues the western epic of A. B. Guthrie, Jr.'s, critically acclaimed Big Sky series. This vivid American saga conjures up the world of cattle ranchers in the 1880s, focusing on a Montana community's boisterous, wanderlusting eccentrics as they chase after love and unbridled ambitions. At its center is Lat Evens, a goodhearted cowboy who strikes out from Oregon to Montana on a cattle drive, determined to succeed as a rancher. Gradually, though, he discerns how the perils of the world, especially human nature, can conspire to frustrate a man's best intentions.