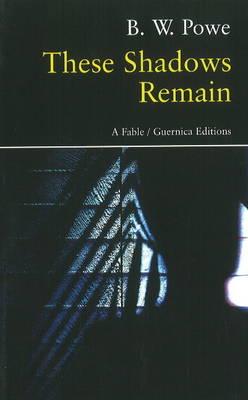 
Images overrun the world. Toons filled with rage and hate hunger for life. A war between simulations and humans. People besieged in a castle of dreams. A mysterious knight shifts between worlds, holding the secret that could save all. Orphaned children lead him to the whirlwind, the terrible faceless source. B.W. Powe's stunning fable erases the lines between illusion and reality. Visionary, poet, novelist, essayist, B.W. Powe is the author of the influential books, Mystic Trudeau, The Solitary Outlaw and Towards a Canada of Light, the novel Outage and the book of poetry, The Unsaid Passing (Guernica, 2005). The latter was a finalist for the ReLit Prize. He was the program coordinator for three significant symposia - Marshall McLuhan: What If He Was Right? (1997), The Trudeau Era (1998), and Living Literacies (2002), all held at York University. {Guernica Editions}