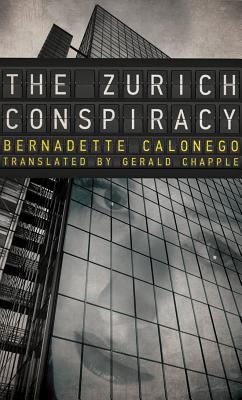 Share:
Thirtysomething Josefa Rehmer is as smart and ambitious as they come, qualities that have earned her the enviable position of events manager at Loyn, an exclusive leather accessories company in Zurich. But when Werner Schulmann is appointed as her new supervisor, Josefa's professional ambitions are dealt a serious blow. After all, it was Schulmann's sexual harassment that nearly derailed her career years earlier. Unable to stomach the thought of working for such a man, Josefa resigns, abandoning Loyn for another local firm. But when Schulmann is murdered and Loyn's CEO commits suicide, Josefa begins to suspect that something other than sexual impropriety is plaguing her former company. She sets out to uncover the truth and soon realizes that the two deaths are just the tip of the iceberg. As she digs deeper, Josefa finds herself caught in a complex and dangerous web of blackmail, corporate espionage, and murder. And if she's not careful, she will be the next one to take the fall. This dramatic tale of corporate intrigue doubles as an intricately plotted thriller about the darkest side of office politics--and the people who will do anything to come out on top.