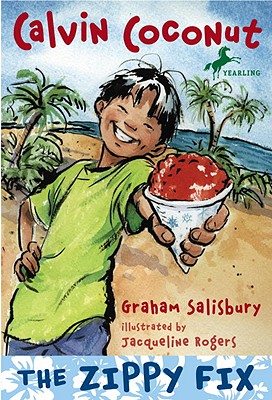 Stella from Texas is now officially a member of the Coconut household. As if getting a bossy babysitter isn't bad enough for Calvin, Stella teases him mercilessly. What's a nine-year-old boy to do? Calvin decides to "fix" her, and he dumps his neighbor's cat Zippy on Stella's bed, knowing she's allergic. But when Stella breaks out in hives and misses her first big date, Calvin realizes his "zippy fix" went too far. He's got to make it up to her, and decides to give her a birthday present. But he has no money. Along with the help of his loyal friends and little sister, Darci, Calvin works hard, and comes up with enough cash to give Stella the best birthday gift ever.