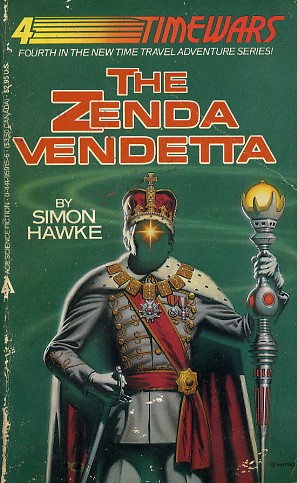 Share:
In the kingdom of Ruritania, Prince Rudolf is about to be crowned king. Instead, due to the machinations of his half brother, he becomes the "Prisoner of Zenda".

That was back in the 19th century, But history is about to repeat itself--with a twist. The
TIMEKEEPERS, the terrorist underground from the 27th century, have traveled backward once again to try and sabotage the course of history.

However insignificant Ruritania may be, the slightest tampering with the past would have incalculable consequences for the present. The commandos of the Temporal Intelligence Agency, Lucas Priest, Finn Delaney and Andre Cross, have another temporal adjustment on their hands. And all they have for a guide is an obscure 19th century novel!