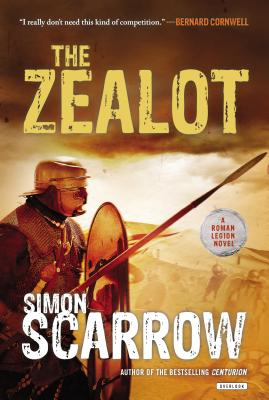 Share:
Trouble is brewing on the eastern frontier of the Roman Empire. The troops are in a deplorable state, while the corrupt behavior of their senior officers threatens to undermine the army's control of the region. To restore the competence of the men defending a vital fort, two experienced centurions are dispatched to Judea. On their arrival Macro and Cato discover that Bannus, a local tribesman, is fomenting rebellion amongst the followers of Jehoshua, who was crucified in Jerusalem some seventeen years earlier. As the local revolt grows, Rome's longstanding enemy Parthia is poised to invade. Macro and Cato must stamp out corruption in the cohort and restore it to fighting fitness before the Eastern provinces are lost forever.

Originally published in the UK as "The Eagle in the Sand" and available for the first time in the US, "The Zealot" follows the continuing adventures of centurions Cato and Macro. A master of his craft, Simon Scarrow combines stunning historical detail with riveting battles and rich characters to bring the Roman Empire to life as never before.