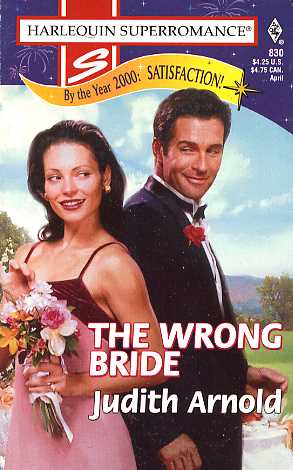 Satisfaction: That's what Cassie Webber wants. Her New Millennium resolution is revenge against Phillip Keene, the man who broke his promise...and her heart.

A year ago, when Cassie and Phillip fell in love, he was talking marriage, family, forever. Then he returned home to Ohio for what was supposed to be a quick visit--and Cassie never heard from him again.

Until now. Her best friend, Diane, has just received an invitation to his wedding...and he's marrying another woman. The wrong woman!

With Diane's help, Cassie concocts a scheme to get even, a scheme that involves going to his hometown to attend the wedding. But there's one thing Cassie wants more than revenge. She wants to be back in Phillip's arms--as the right bride.
Reviews from Goodreads.com