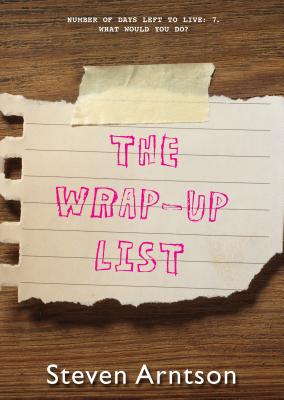 Share:
Sixteen-year-old Gabriela has just received a very disturbing letter. It was sent by a Death an eight-foot-tall, shimmering gray creature with gills. The letter is short and to the point: Gabriela has a week left to live, and next Wednesday her Death, Hercule, will show up to escort he into the afterlife whether she's ready or not. Gabriela is devastated. Dying is bad, sure, but dying without ever having kissed the dreamy Sylvester Hale is even worse.

Gabriela isn't the only one in need of a first kiss, either -- three of her friends are looking too. She's determined to put their romantic affairs i order before her time runs out. There is one last hope, though: Gabriela Death has a secret weakness. If Gabriela can figure it out, she might be ab1 to trick him into letting her go ...

It's a week of firsts for best friends, but Gabriela has to play it smart Otherwise, this week will be her last.

Death takes a back seat to friendship and first love in this hilarious and heartwarming fantasy, full of diverse and endearing characters. Steven Arntson's magically realistic tale will leave readers cheering.