The Worth Inheritance — Elizabeth Hewitt 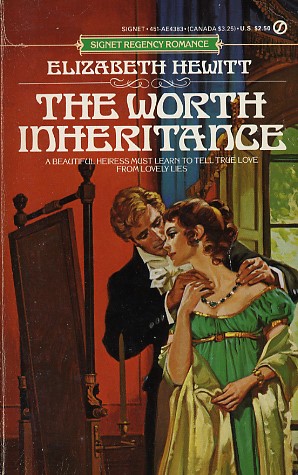 According to handsome, charming Lord Francis Glennon, his brother Crispin was a rake and a seducer whose desire to marry young Lady Phillipa Worth was no more than a need for funds for his infamous activities at the gaming table and in the boudoir.

According to the dashing, debonair Crispin, Francis was a past master at stealing the hearts of trusting young ladies, and a silken-tongued hypocrite whose words of love for Phillipa masked a lust for the fortune that he, as a younger brother, had the misfortune to lack.