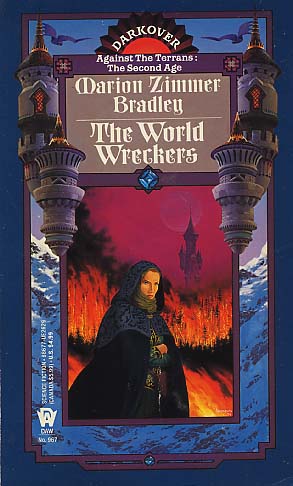 Share:
PLANETARY INVESTMENTS UNLIMITED
--that was its official name. But unofficially it was known as Worldwreckers, Inc. For a fee, its agents would infiltrate any world unwilling to give up its independence, and do enough damage so the natives would be forced to allow Terran investors to step in and salvage their planet. And now, once again, its agents were at work.

In the 78 years since Cottman IV, called Darkover by its natives, was rediscovered by the Terran Empire, all efforts to colonize and industrialize this exotic world had failed.

And the person in charge of "Worldwreckers, Inc.; a centuries-old being who appeared to be a woman, had decided to take on this particular assignment herself. After all, she had special insight into this world, for long ago-lifetimes ago--she had called Darkover home....