The World Without Us — Mireille Juchau 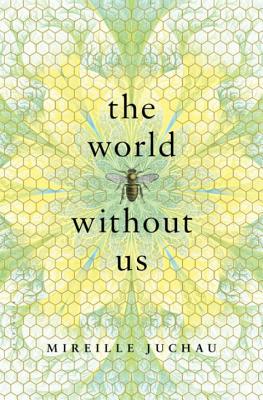 Thirteen-year-old Tess Müller stopped speaking six months ago. Her silence is baffling to her parents, her teachers, and her younger sister, Meg, but the more urgent mystery for both girls is where their mother Evangeline goes each day, pushing an empty pram and returning home wet, muddy, and disheveled.

Their father, Stefan, struggling with his own losses, tends to his apiary and tries to understand why his bees are disappearing. But after he discovers a car wreck and human remains on their farm, old secrets emerge to threaten the fragile family.

One day Tess's teacher Jim encounters Evangeline by the wild Repentance River. Jim is in flight from his own troubles in in Sydney, and Evangeline, raised in a mountain commune and bearing the scars of the fire that destroyed it, is a puzzle he longs to solve.

As the forest trees are felled and the lakes fill with run-off from the expanding mines, Tess watches the landscape of her family undergo shifts of its own. A storm is coming--and the Müllers are in its path.
Reviews from Goodreads.com