The World That We Knew — Alice Hoffman 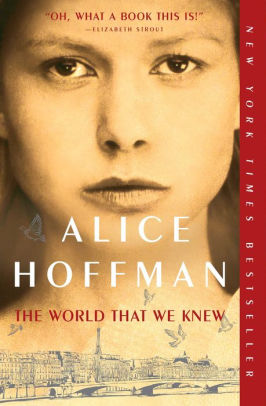 This instant New York Times bestseller and longlist recipient for the 2020 Andrew Carnegie Medal takes place in 1941, during humanity's darkest hour, and follows three unforgettable young women who must act with courage and love to survive.

In Berlin, at the time when the world changed, Hanni Kohn knows she must send her twelve-year-old daughter away to save her from the Nazi regime. She finds her way to a renowned rabbi, but it's his daughter, Ettie, who offers hope of salvation when she creates a mystical Jewish creature, a rare and unusual golem, who is sworn to protect Lea. Once Ava is brought to life, she and Lea and Ettie become eternally entwined, their paths fated to cross, their fortunes linked.

Lea and Ava travel from Paris, where Lea meets her soulmate, to a convent in western France known for its silver roses; from a school in a mountaintop village where three thousand Jews were saved. Meanwhile, Ettie is in hiding, waiting to become the fighter she's destined to be.

What does it mean to lose your mother? How much can one person sacrifice for love? In a world where evil can be found at every turn, we meet remarkable characters that take us on a stunning journey of loss and resistance, the fantastical and the mortal, in a place where all roads lead past the Angel of Death and love is never ending.
Reviews from Goodreads.com

The World That We Knew is the twenty-eighth stand-alone novel by best-selling American author, Alice Hoffman. By 1941, life is difficult and dangerous for Jews living in Berlin. Widow Hanni Kohn knows they must escape, but her mother’s paralysis means she can’t leave. To send her beloved twelve-year-old daughter, Lea alone to family in Paris would be folly, so she uses her last resort, precious family jewels, to pay for a protector.

Ettie is the eldest daughter of a rabbi, and has surreptitiously absorbed his teachings and rituals. When her mother unreservedly refuses to help Hanni, Ettie claims to know how to create a golem. Her price: passage on the night train to Paris for her sister Marta and herself. The golem that the women create is unlike any other: a woman whose only mission is to keep Lea safe. But a golem which exists too long becomes too powerful, and when Lea later learns what she must ultimately do, she is torn.

In Paris, Lea and her “cousin”, Ava join the household of Professor Andre Levi, whose maid, Marianne, has just abandoned her post to return to her father on his farm. Ava’s powers allow her to easily fill the role, but her surveillance of Lea cannot prevent the close connection that forms between her and young Julien Levi, no matter who disapproves. But Paris, too, is becoming unsafe for Jews, and Ava removes Lea to another shelter. Lea barely has time to implore Julien “Stay alive.” Who knows if they will ever see each other again.

This is a story that spans the years of the Second World War and ranges from Berlin to Paris to several parts of country France. Information about the golem and other mystical aspects is seamlessly integrated into the narrative. The cast of characters is not small, but many of them connect and reconnect, if only fleetingly. These represent the many real-life brave, generous, ordinary people who had a myriad of reasons to help the persecuted and resist the oppressor.

The circumstances of minor characters are often detailed using a small vignette of their lives. Where they encounter Ava, Hoffman uses the golem’s power of knowledge to note the fate of their loved ones and she frequently takes the opportunity to include the staggering statistics about the incarceration and death of those persecuted by the Nazi regime. To make it more interesting, she throws her characters the occasional dilemma.

Of course, among the many deaths, Hoffman realistically does not spare all of her protagonists for a Hollywood happy-ever-after. But rather than concentrating on atrocities, Hoffman makes this a moving and uplifting tale by showcasing those kind and charitable characters, giving them a starring role. Readers should be ready for some lump-in-the-throat moments. A stirring and thought-provoking read.
This unbiased review is from an uncorrected proof copy provided by NetGalley and Simon and Schuster 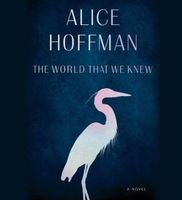