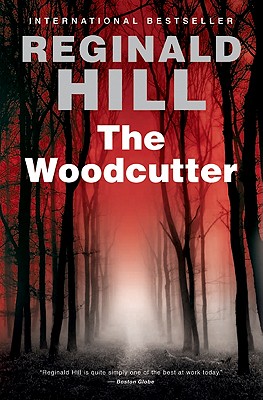 Wolf Hadda's life has been a fairy tale. From his humble origins as a Cumbrian woodcutter's son, he has risen to become a hugely successful entrepreneur, happily married to the woman of his dreams.

A knock on the door one morning ends it all. Universally reviled, thrown into prison while protesting his innocence, abandoned by friends and family, Wolf retreats into silence. Seven years later, prison psychiatrist Alva Ozigbo makes a breakthrough. Wolf begins to talk, and under her guidance he is paroled, returning to his family home in rural Cumbria.

But there was a mysterious period in Wolf's youth when he disappeared from home and was known to his employers as the Woodcutter. And now the Woodcutter is back, looking for the truth -- and revenge. Can Alva intervene before his pursuit of vengeance takes him to a place from which he can never come back?

The Woodcutter is a treat that both lovers of the Dalziel and Pascoe series and newcomers to the always masterful work of Reginald Hill will devour.
Reviews from Goodreads.com