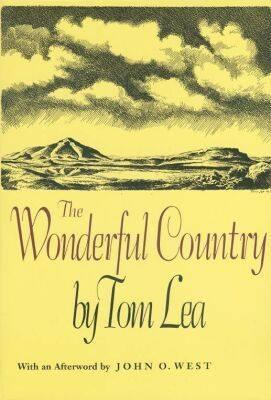 Share:
Tom Lea’s The Wonderful Country opens as mejicano pistolero Martín Bredi is returning to El Puerto [El Paso] after a fourteen-year absence. Bredi carries a gun for the Chihuahuan warlord Cipriano Castro and is on Castro’s business in Texas. Fourteen years earliershortly after the end of the Civil Warwhen he was the boy Martin Brady, he killed the man who murdered his father and fled to Mexico where he became Martín Bredi.

Back in Texas Brady breaks a leg; then he falls in love with a married woman while recuperating; and, finally, to right another wrong, he kills a man. When Brady/Bredi returns to Mexico, the Castros distrust him as an American. He becomes a man without a country.

The Wonderful Country clearly depicts life along the Texas-Mexico border of a century-and-a-half ago, when Texas and Mexico were being settled and tamed.