The Woman Who Ran Away — Dwight E. Foster 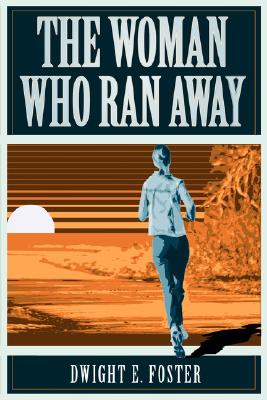 Share:
The Woman Who Ran Away is a mystery of sorts. Jack Waldek, the protagonist, is a senior tax manager with an obscure public accounting firm in New Jersey. He meets Fran Zetzmann when she occupies the next seat to him on an O'Hare to LaGuardia flight. Fran presumably holds a regional sales management position with an advertising representative firm and impresses Jack as an independent traveling lady. They develop a relationship which blooms into a comfortable weekend lover arrangement at Jack's country place in a Pocono Mountains gated community called Knight Estates. Fran is a runner. She runs every weekend morning a distance of 1.8 miles regardless of weather. She leaves one Saturday morning shortly after seven in the morning and does not return, Jack sets out to look for Fran, locates the rental car in the parking lot next to the running trail and her purse is in the back seat. There is no sign of Fran. A search of her purse produces an odd looking cell phone and a wallet without credit cards. He reports her absence the next day to the Knight Estates Public Safety Department and continues to search for Fran. Jack finds that the address on her business card is nothing more than a New York City mail drop, and that Fran's company ceased to exist three years before. He continues to probe and suddenly becomes aware that Fran is not the first person to disappear from Knight Estates. Jack then learns that the woman he had known as Fran was an operative of a Middle East industrial intelligence firm called SHALIMAR. It appears that the woman called Fran was assigned to cultivate Jack to learn about his principal client, Gianni Companies. Jack Waldek, the charming tax manager, finds himself enmeshed in a web of threats, violence, imposters, loutish public safety officers, a corporate control fight, and professional assassins. Everything is linked to Fran, the woman who ran away. Dwight Foster's previous books include