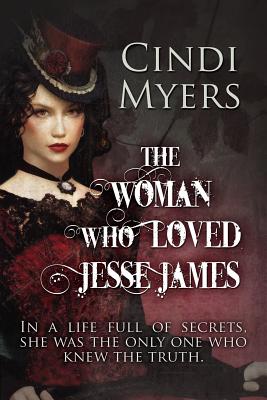 "I never meant to fall in love with Jesse James, but I might as well have tried to stop a tornado or a prairie fire. The summer that sealed our fate, when we saw each other with new eyes and our love began to grow, Jesse was all heat and light, and I was tinder waiting for a match."

Zee Mimms was just nineteen in 1864-the daughter of a stern Methodist minister in Missouri-when she fell in love with the handsome, dashing, and already notorious Jesse. He was barely more than a teenager himself, yet had ridden with William Quantrill's raiders during the Civil War.

"You'll marry a handsome young man," a palm reader had told her. "A man who will make you the envy of many. But . . . there will be hard times."

Zee and Jesse's marriage proved the palmist right. Jesse was a dangerous puzzle: a loving husband and father who kept his "work" separate from his family, though Zee heard the lurid rumors of his career as a bank robber and worse. Still, she never gave up on him.

And he earned her love, time and again.
Reviews from Goodreads.com