The Woman on the Stairs — Bernhard Schlink 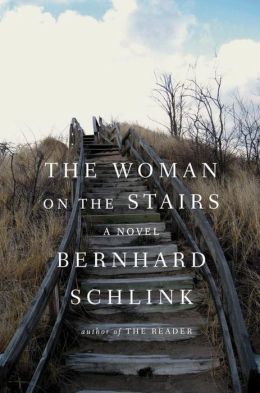 In a museum far from home a man stumbles onto a painting of a woman for whom he once, long ago, risked everything and who then mysteriously disappeared from his life.

As a young lawyer, the nameless protagonist of The Woman on the Stairs became entangled in the affairs of three people mired in a complex and destructive relationship. An artist, the woman whose portrait he had painted, and her husband became a triangle that drew the lawyer deeper and deeper into their tangled web. Now, encountering the painting that triggered it all, the lawyer must reconcile his past and present selves; when he eventually locates the woman, he is forced to confront the truth of his love and the reality that his life has been irrevocably changed.

With The Woman on the Stairs, the internationally acclaimed author of The Reader delivers a powerful new novel about obsession, creativity, and love. Intricately crafted, poignant, and beguiling, this is Bernhard Schlink writing at his peak.
Reviews from Goodreads.com