The Woman in the News — K.N. Casper 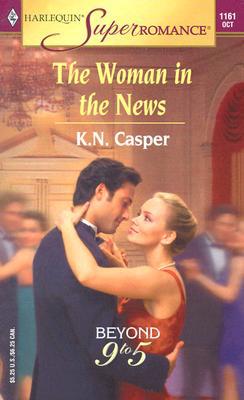 She's aiming for a promotion...and scores love instead

Marlee Reid is up against some tough competition for her dream job of sports anchor on KNCS-TV in Coyote Springs, Texas. That news director Renn Davis has been critical of her work ever since he arrived six months earlier doesn't help. So Marlee is amazed when Renn wants to help her win the job, even after the chaos she causes barging into the men's locker room for an interview with a nothing-to-hide basketball star.

Renn can't reprimand her -- he can't even keep a straight face. Besides, the ratings soar. The fiasco is a turning point for Renn and Marlee. They're a team now, in more ways than one.

But just how final is that score?

When it looks as if Marlee might not get the anchor position after all, she wonders if Renn has been stringing her along -- about her dream job...and her dreams about the two of them.
Reviews from Goodreads.com