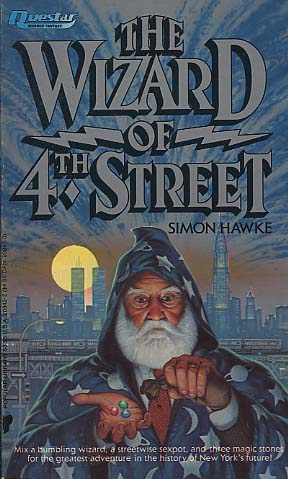 Wyrdrune was a student wizard with a penchant for botching spells. Kira was a cutie whose snatch-andgrab act was big on New York's seamier streets. In spite of themselves, they managed to pull off the heist of the 23rd century. The place was a posh Fifth Avenue gallery. The room was full of sorcerers bidding their heads off--and Wyrdrune and Kira made off with three invaluable jewels.

Now, with a pocketful of hot rocks, they've got hired killers, Arab magnates, and every punk magician in New York after them. Not to mention the cops. The real trouble is that the stones are enchanted. Which means they keep coming back to Wyrdrune, and he can't get rid of them--or Kira--for love or money. It's going to take serious thaumaturgic research to unravel a mysterious spell that goes back to the dawn of time. And, if Wyrdrune does his homework, he's going to be in for some big surprises.
Reviews from Goodreads.com