Folklorist and academic Fever Devilin, a native of the Georgia Appalachians, is drawn into a strange mystery that has its roots deep in the hills of Blue Mountain. After a spat during a church supper, Able Carter and his fiancee, Truevine Deveroe, are missing. A bit later, a body is found in the ravine behind Fever's cabin and identified as the local mortician, Harding Pinehurst. Folks suspect Able Carter of the deed. A few -- like Truevine's drunken, gun-toting brothers -- are out for blood.

Soon, however, the grisly discovery of countless bodies half buried near the mortuary expose the murdered man's horrifying secret -- but not who killed him. Fever's insight into his own dark past, along with his understanding of the peculiar ways of the mountain people, will lead him to the unlikely killer in a world where old legends told through generations are still a way of life -- and now, it seems, death.
Reviews from Goodreads.com 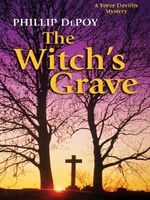