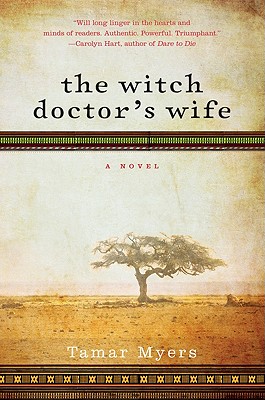 The Congo beckons to young Amanda Brown in 1958, as she follows her missionary calling to the mysterious "dark continent" far from her South Carolina home. But her enthusiasm cannot cushion her from the shock of a very foreign culture--where competing missionaries are as plentiful as flies, and oppressive European overlords are busy stripping the land of its most valuable resource: diamonds.

Little by little, Amanda is drawn into the lives of the villagers in tiny Belle Vue--and she is touched by the plight of the local witch doctor, a man known as Their Death, who has been forced to take a second job as a yardman to support his two wives. But when First Wife stumbles upon an impossibly enormous uncut gem, events are set in motion that threaten to devastate the lives of these people Amanda has come to admire and love--events that could lead to nothing less than murder.
Reviews from Goodreads.com