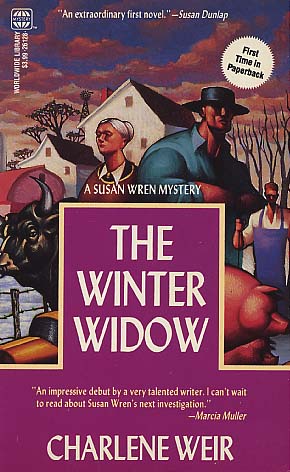 SHE'D BEEN ONE OF SAN FRANCISCO'S FINEST--HARD-BITTEN, CYNICAL AND HAPPILY UNATTACHED...

Until Daniel Wren blew in like a tornado, sweeping Susan off her feet, and back home to Hampstead, Kansas--new bride of the small town's police chief. Ten days later Daniel was killed by a sniper.

Susan was an outsider--a city slicker, a woman and worse, personally involved in the case. She was also Hampstead's new police chief... hunting for her husband's killer.

A kid whacked out on crack was easier to deal with than the pigs, bulls and strange group of locals. But beyond the bleak winter heat fields, Susan discovered a hotbed of secrets--from toxic waste dumping to cattle rustling--and a killer who was just getting warmed up.
Reviews from Goodreads.com