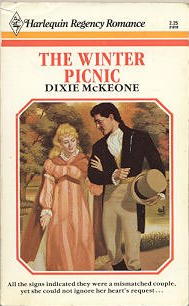 Marriage was out of the question

Miss Amethy Portney would make a delightful mother... or so thought four-year-old John William Farringham, tenth Duke of Lowestroft. Jackie, as his intimates called him, was being raised by his cousin, the Earl of Northford, and he wanted Miss Portney to become his guardian's wife.

Unfortunately, Amethy and Northford weren't cooperating. She had heard about the earl's outrageous reputation during her seasons in London and wanted nothing to do with the handsome rake. And he regarded Amethy as yet another female setting her cap for him.

But Jackie wasn't easily discouraged. When he wanted something, he usually got it....
Reviews from Goodreads.com