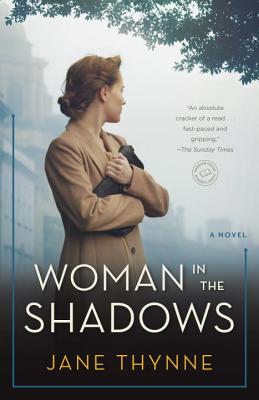 Perfect for fans of Kristin Hannah's The Nightingale and Jacqueline Winspear's Journey to Munich, here is the next exciting historical novel featuring Clara Vine, the actress and British spy in prewar Germany who maneuvers through the treacherous Nazi society gathering intelligence -- and discovering a deadly secret.

Berlin, 1937. Clara Vine's star is on the rise. The British-born, half-German actress is about to take her first leading role in a movie produced by the Nazis' official film studio. Even as she moves through the upper echelons of the Third Reich, Clara never stops acting. At cocktail parties hosted by Joseph and Magda Goebbels, she collects key information for Britain, risking her life for the cause. But soon it is another young woman's life, and its abrupt end, that draws her attention. Clara knew Anna Hansen as a dancer and artist's model in the heady days of the cabaret scene. But Anna left that all behind when she became engaged to an SS officer. Attending one of Hitler's notorious Bride Schools, she was being groomed as the perfect Nazi wife. When she is found murdered on the school grounds, her death is hushed up, one casualty among many in the lead-up to war. But Clara cannot fathom why Anna's death would be concealed. Was it simply an embarrassment to the regime, or did Anna know something that hastened her demise? Clara must tread carefully to unravel the truth -- for the Gestapo is one step behind.
Reviews from Goodreads.com