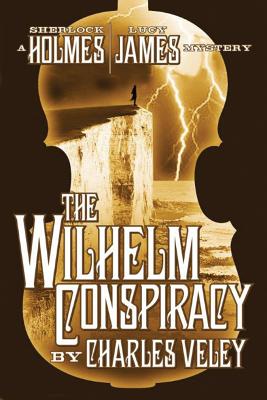 A prominent banker is found dead in an unsavory part of London. Hours later, the charred remains of another body lie on a beach in Dover. Both deaths -- and their possible link -- attract Sherlock Holmes. Then the Secretary of War summons the detective with catastrophic news whose consequences could harm the nation for generations: on the eve of war, a new British superweapon has fallen into the wrong hands. Holmes must recover it.

Lucy James, an actress and Holmes's recently discovered grown daughter, has inherited the family sleuthing skills. Despite her father's objections, she insists on helping him find the weapon and solve the murders. Along with Dr. Watson, they follow the trail to Germany, uncovering a sinister plot that puts them directly in the line of fire. Featuring appearances from real-life notables Nikola Tesla, King Edward VII, and Kaiser Wilhelm II, this electrifying new mystery puts the greatest deductive mind of his era into a race to save the Empire.
Reviews from Goodreads.com