The Wig in the Window — Kristen Kittscher 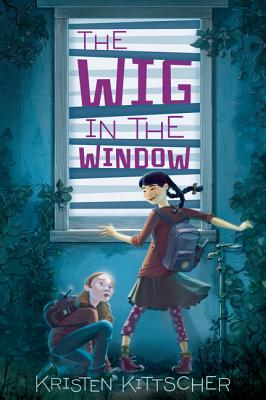 Fans of the humor and clever clues in the Sammy Keyes books will enjoy The Wig in the Window, first in Kristen Kittscher's funny middle-grade mystery series.

Best friends and seventh graders Sophie Young and Grace Yang have made a game out of spying on their neighbors. On one of their midnight stakeouts, they witness a terrifying, bloody scene at the home of their bizarre middle-school counselor Dr. Charlotte Agford (also known as Dr. Awkward).

At least, they think they do. The truth is that Dr. Agford was only making her famous pickled beets. But when Dr. Agford begins acting even weirder than usual, Sophie and Grace become convinced that she's hiding something -- and they're determined to find out what it is.

Soon the girls are breaking secret codes, being followed by a strange blue car, and tailing strangers with unibrows and Texas accents. But as their investigation heats up, Sophie and Grace start to crack under the pressure. Will solving the case destroy their friendship?
Reviews from Goodreads.com 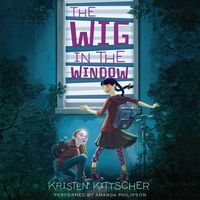