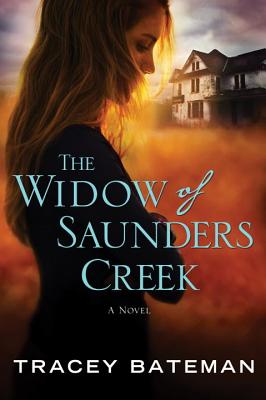 A grief that knows no boundary.
A love without any limit.
A need that doesn't end at death.

Corrie Saunders grew up in a life of privilege. But she gave it all up for Jarrod, her Army husband, a man she knew was a hero when she vowed to spend her life with him. She just didn't expect her hero to sacrifice his life taking on an Iraqi suicide bomber.

Six months after Jarrod's death, Corrie retreats to the family home her husband inherited deep in the Missouri Ozarks. She doesn't know how to live without Jarrod -- she doesn't want to. By moving to Saunders Creek and living in a house beloved by him, she hopes that somehow her Jarrod will come back to her.

Something about the house suggests maybe he has. Corrie begins to wonder if she can feel Jarrod's presence.

Jarrod's cousin Eli is helping Corrie with the house's restoration and he knows that his dead cousin is not what Corrie senses. Eli, as a believing man and at odds with his mystically-oriented family members, thinks friendly visits from beyond are hogwash. But he takes spirits with dark intentions seriously. Can he convince Corrie that letting go of Jarrod will lead to finding her footing again -- and to the One she can truly put her faith into?
Reviews from Goodreads.com