The Widow of Bath — Anne Devon 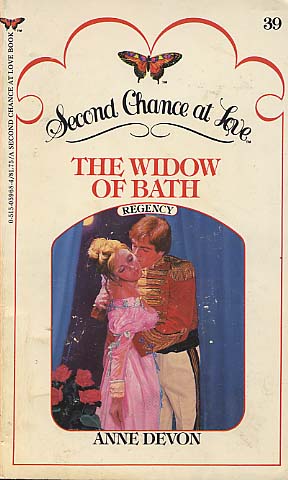 Jack Welbourne had returned! Lady Joanna's heart fluttered as he stepped from his curricle, valiantly trying to conceal the wound he'd earned in Wellington's Army.

Years before, Joanna had obeyed her father's wishes by marrying Sir Gerald rather than eloping with his brother Jack. Now she was a widow -- but the bitterness in Jack's eyes and the bite of his tongue dashed her secret longings. The man she'd known and loved forever. . . was a cold stranger.
Reviews from Goodreads.com