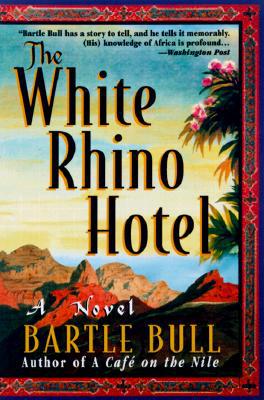 Historic romance and adventure do not get any better than in this companion novel to the top-selling A Café on the Nile. The Great War has ended, tragically for many, but for some, Africa holds the prospect of vast estates, fabulous wealth, and limitless opportunity in this powerful, wonderfully crafted novel of the natural and human perils that await pioneers in a promised land. In colonial Kenya the paths of these new settlers cross at Lord Penfold's White Rhino Hotel. Here they meet the cunning dwarf Olivio Alevado, a man whose lustful desires and vengeful schemes make him a formidable adversary to his enemies and a subtle ally to his friends. Here the destinies of the gypsy adventurer Anton Rider and courageous, war-hardened Gwen Llewelyn intersect. Here hope is corrupted by greed, love by revenge, and loyalty by betrayal as the future is trampled into history. "A wing-ding adventure story.... The kind of book that creates one of the elemental delights of fiction - a complete other world where, unlike our own, all the parts add up to something." - Boston Globe; "A genuine epic centered in Africa, by a writer who knows how to write, who knows his terrain intimately, who knows how to paint his characters convincingly, and who knows how to spin a good yarn." - Forbes Magazine.
Reviews from Goodreads.com 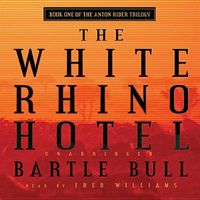