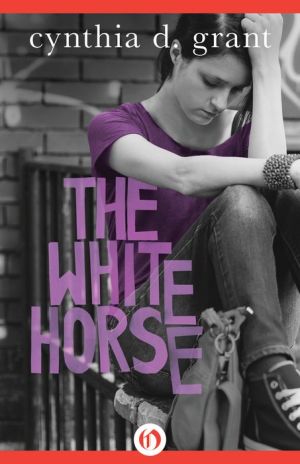 Raina doesn't trust anyone. People either hurt you or leave you -- or they die, which is the same thing, really. She used to trust her mother, until her mother chose heroin and a long series of abusive boyfriends over her. Now, sixteen-year-old Raina panhandles on the streets and sleeps in abandoned buildings with her boyfriend, Sonny. She doesn't tell anyone the truth about her life, at least not out loud, but she can't stop it from coming out in the poems and stories she writes for her teacher Miss Johnson.

Miss Johnson knows that Raina is smart, perceptive, and utterly locked inside of herself. The concerned teacher reaches out again and again, but Raina's dreams have been crushed by reality too often. What will it take for Raina to ask for help?