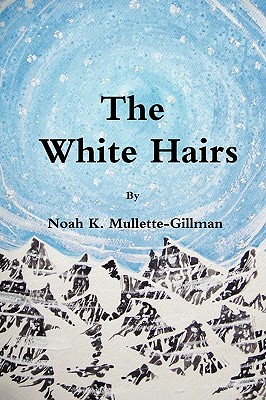 The White Hairs is a work of spiritual mythology. Somewhere on a white and snowy mountain, is a young creature learning how to leave his body and travel the world inside of the wind. The wonders and terrors that he will see are the beginning of an adventure that will feel familiar to anyone who has been fed upon by life, and wanted to fight to get back the joy and soul that they were once able to take for granted.

"Farshoul watched as the long white hairs on his arms became translucent. He watched as they faded away. Soon he could see through the skin and bone of his arms to the ice beneath him. The frozen water that he could see through his phantom arm seemed more real than his own body. He watched as the others blurred in his vision, their white fur becoming indistinguishable from the snow around them. They appeared to disappear. Then Farshoul began to move." - Noah K. Mullette-Gillman
Reviews from Goodreads.com