The Weight of Silence — Heather Gudenkauf 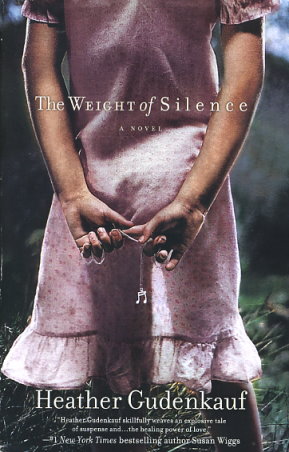 It happens quietly one August morning. As dawn's shimmering light drenches the humid Iowa air, two families awaken to find their little girls have gone missing in the night.

Seven-year-old Calli Clark is sweet, gentle, a dreamer who suffers from selective mutism brought on by tragedy that pulled her deep into silence as a toddler.

Calli's mother, Antonia, tried to be the best mother she could within the confines of marriage to a mostly absent, often angry husband. Now, though she denies that her husband could be involved in the possible abductions, she fears her decision to stay in her marriage has cost her more than her daughter's voice.

Petra Gregory is Calli's best friend, her soul mate and her voice. But neither Petra nor Calli has been heard from since their disappearance was discovered. Desperate to find his child, Martin Gregory is forced to confront a side of himself he did not know existed beneath his intellectual, professorial demeanor.

Now these families are tied by the question of what happened to their children. And the answer is trapped in the silence of unspoken family secrets.
Reviews from Goodreads.com

Martin Gregory woke up one summer morning to find that his daughter, Petra, had disappeared during the night. He rushes to her friend, Calli's home and asks Antonia Clark if his daughter might be with her. When Antonia checks Calli's room, she's shocked to find that Calli was also missing.

After a period of panic and uncertainty, police are called and a search is begun.

Calli is a sensitive little girl, aged seven. She suffers from selective mutism due to an incident when she was a toddler. Her father, Griff, is an abusive alcoholic. He's lost his temper with Calli and doesn't accept her difficulty.

Ben is Calli's brother and at age twelve, he tries his best to take care of his sister.

We are given mulitple viewpoints which allows us to feel what the character is feeling while experiencing the action first hand. However, some of the viewpoints are very similiar to others and if they weren't identified by the viewpoint name, it would be difficult to know who was remembering the story's events.

I enjoyed the spunkiness of Calli and the courageousness of Ben. Calli's mother, Antonia, was a rather submissive character, perhaps symbolic of an abused wife. The motives of the antagonist were never clear to me and I wasn't sure why certain events were taking place.

The novel was suspenseful and kept my interest. The scenes were well described and visual although the conclusion was a bit too convenient in resolving one of the story's questions. 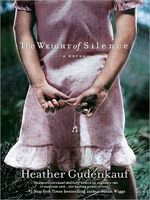