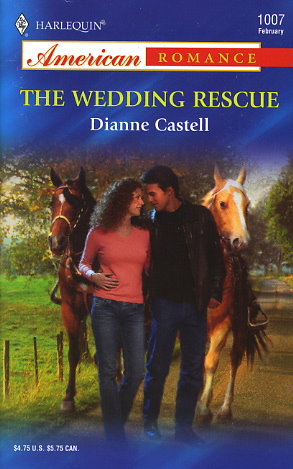 Just when things are starting to look up, trouble touches down. With a Derby hopeful in the paddock and her flighty sister on her way to the altar with a reliable man, the last person Charity MacKay wants to see is the groom's rogue relative, Tanner Davenport.

Flyboy, bad boy, reckless adventurer, he's too fascinating -- too big! -- for her small Kentucky town. And he's determined to rescue his brother from making what Tanner thinks is the worst mistake of his life.

The sparks are flying between Charity and Tanner. And not just because she wants her sister's wedding to happen and he doesn't. If Charity can't control her attraction to Tanner and Tanner can't stop his growing attraction to Charity, a second wedding might be on the way!
Reviews from Goodreads.com