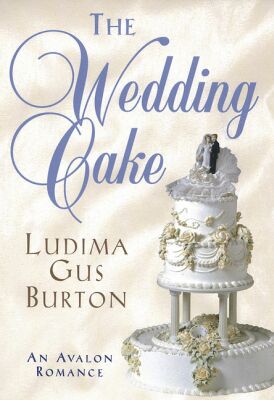 "You will dream of the man you are to marry if you put a piece of wedding cake under your pillow."
Katherine Reese remembered those sage words and cast her spell upon her childhood crush. As a young girl, she even asked him to marry her when they grew up, to which he replied, "Sure, kid."
Many years later Katherine still remembers dreaming about marrying Andy Stratton even though he forgot his promise and married another woman.
After the tragic death of his wife and unborn child, Andy returns to his hometown to start anew. He wants to move his computer chip factory into the small New York state village to create more jobs and to settle into his new life.
Katherine has had her eye on the property adjacent to the library she runs with the intention of expanding. So when Andy puts a bid in to buy the property---and wins---the sparks begin to fly. Both get more than they bargained for and are forced to work out their differences while falling head over heels in love.
Katherine's childhood dream of marriage and a family is renewed, but after losing his wife and newborn, Andy is not willing to try and have children again. Shattered by this realization, Katherine and Andy are torn as to whether they should separate or try to resolve their differences. After all, love can conquer all problems, especially when that love is true.
Dreams come true, in plural and at any age.
Reviews from Goodreads.com