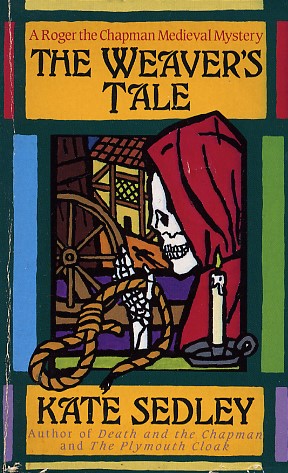 Roger the Chapman, the 15th-century peddler with a 20th-century wit, returns to solve a mystery steeped in heresy and danger.

When Roger, the wandering chapman, fell ill during his travels, two kind strangers nursed him back to health. In return, they asked for his help with a confounding mystery that challenged Roger's talent for detective work to its limits.

The circumstances were decidedly odd. A man had been murdered, and the detestable younger brother of the town's most respected citizen was hanged for the crime. Then, some months later, the victim turned up battered but alive--only to be murdered a second time. Amid attempts on his own life, Roger set off to discover who the killer was, and how it might all be connected to a nobleman's fancy.
Reviews from Goodreads.com